Symphony, Soup and a Sandwich: Franck Symphony in D minor

Forget Hercule Poirot: here’s a real famous Belgian. César Franck seemed like a quiet type until, late in life, he fell in love, and his music suddenly exploded with passion and power. His single, magnificent Symphony begins in gothic grandeur and ends with celebration – and a tune that you’ll never forget. Back in the day, it regularly topped the classical charts: and with the prize-winning Swiss-Australian conductor Elena Schwarz conducting, we know you’ll hear why.

Supported by The Robertson Trust

To buy a ticket that includes lunch please click here 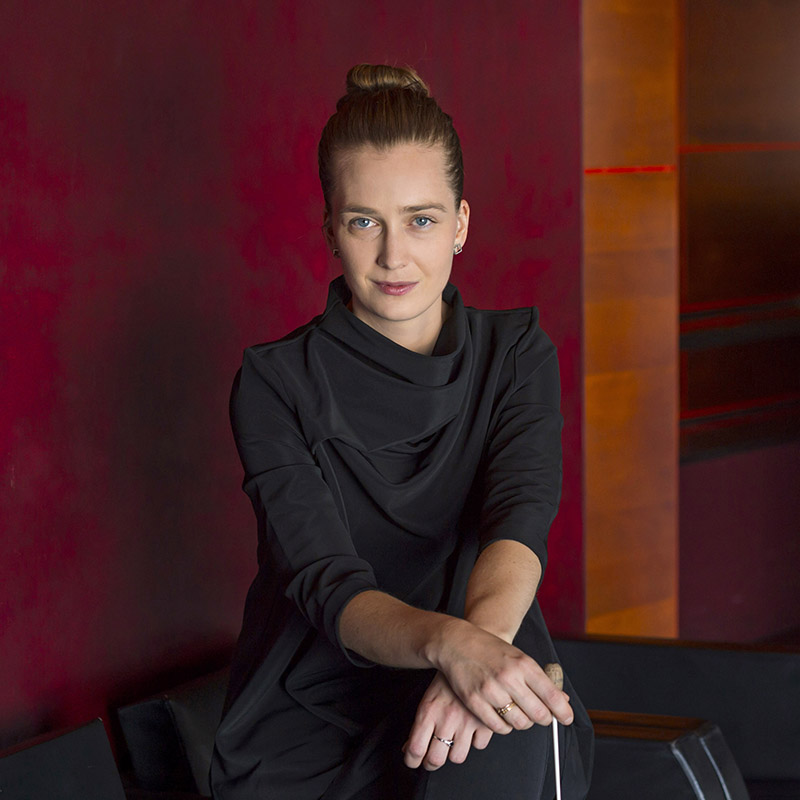 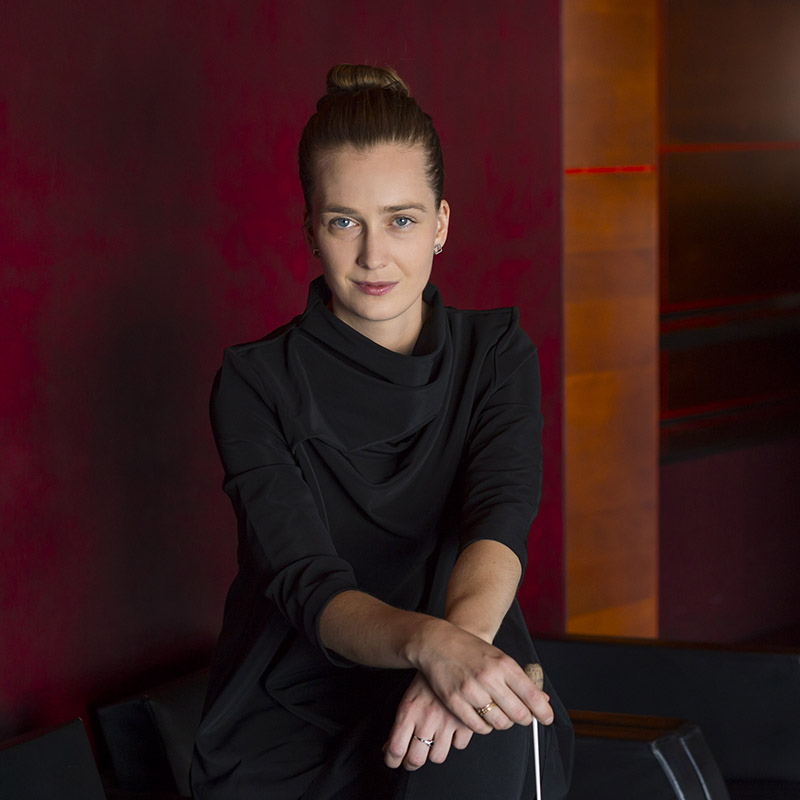 Swiss-Australian conductor Elena Schwarz (b. 1985) has been selected to participate in the Los Angeles Philharmonic Orchestra’s Dudamel Fellowship Programme for the 2018/19 season.

This follows her success as prize-winner of the Princess Astrid Competition (1st prize, Norway 2014), and the Jorma Panula Competition (2nd prize, Vaasa 2015) as well as being selected as one of three young conductors supported by the French Performer’s Association Adami (October 2016). She was subsequently appointed Assistant Conductor to Mikko Franck at the Orchestre Philharmonique de Radio France (2017-2018) which run concurrently with a Joint Assistantship to the Tasmanian Symphony Orchestra (Marko Letonja) and the West Australian Symphony Orchestra (Asher Fisch).

In May 2017 Ms Schwarz conducted a programme of Ravel’s music at Maison de Radio with the Orchestre Philharmonique de Radio France standing in for Mikko Franck at the last minute, and she recently stood in for him again to conduct a performance of Bruckner Symphony No 7 at the Festival de Saint-Denis. Other recent engagements include “Portrait” concerts with the Orchestre Philharmonique de Radio France (Nicolas Bacri) and the Lucerne Festival Academy (Olga Neuwirth), and performances with the Trondheim Symphony Orchestra, Sinfonietta de Lausanne, Orchestre de Cannes, Orchestre de Pasdeloup, Orchestre de Opéra National de Lorraine and the 2016 Martha Argerich Festival in Lugano where she conducted Alban Berg’s Chamber Concerto with soloists Renaud Capuçon and Nicholas Angelich.

Resident in Switzerland, multilingual Elena Schwarz was recently the subject of a documentary made by Swiss TV (RSI) about women building careers in roles traditionally dominated by men, following her in rehearsals and a performance of Stravinsky’s The Firebird with the Orchestre de Pasdeloup at the Philharmonie de Paris.

After studying cello and musicology at the Geneva Conservatoire and University, Elena Schwarz was admitted to the conducting course of Laurent Gay at the Geneva Conservatoire from which she graduated with a Master’s degree. She subsequently specialized in contemporary performance with Arturo Tamayo (Conservatorio della Svizzera Italiana). Further studies took her to Peter Eötvös and Matthias Pintscher, and she has participated in masterclasses with Bernard Haitink at the Lucerne Festival and Neeme Järvi at the Gstaad Festival.