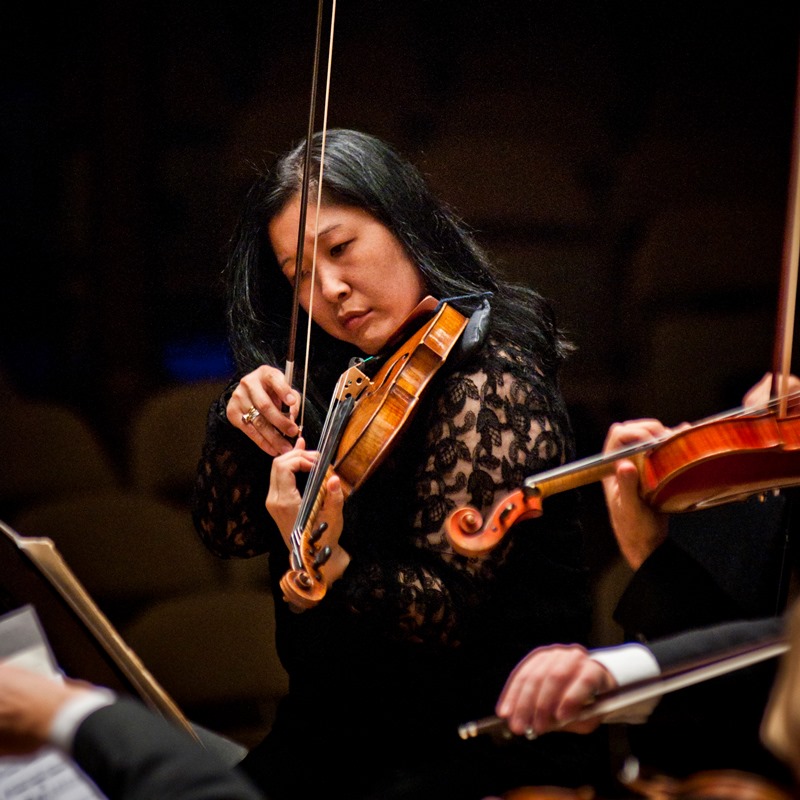 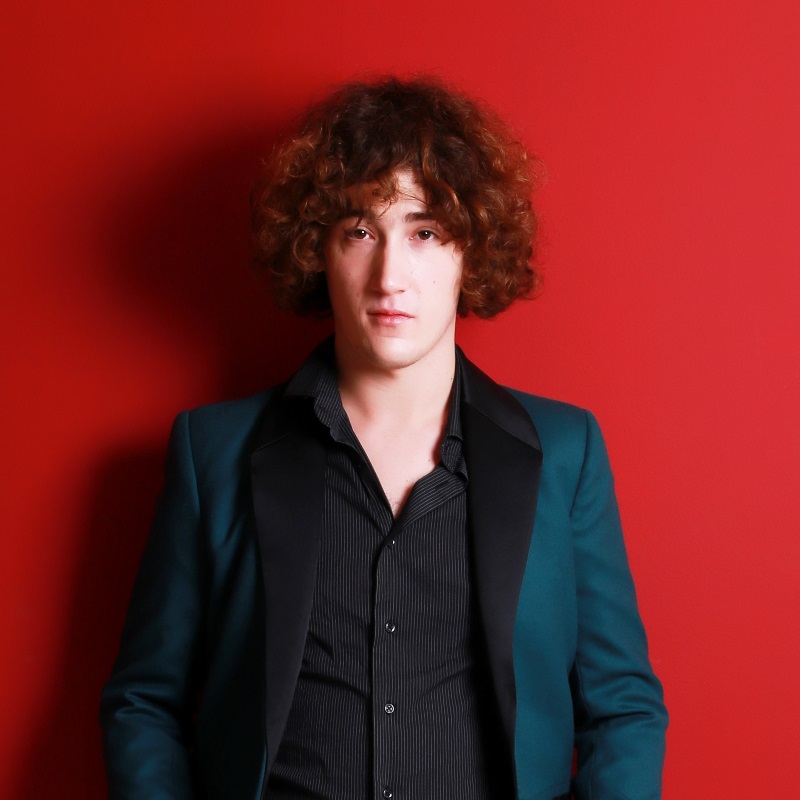 Born in Paris, Arthur discovered music with the cello at the age of 5 under the guidance of Erwan Faure at the Schola Cantorum of Paris. His studies in France and Switzerland with renowned teachers such as Phillipe Muller, Marc Coppey and Francois Salque lead him to London where he was taught by Helene Dautry at the Royal College of Music and Louise Hopkins at the Guildhall School of Music and Drama, thanks to the generous support of the Guildhall Trust. He was the recipiant of the Marjorie and Dorothy Whyte Memorial Fund and a Fellow. After taking part in several masterclasses with great cellists such as Gauthier Capuçon and Wolfgang Emanuel Schmidt, Arthur is now a member of teaching staff at the Oxford Cello School. As a soloist he has performed Elgar's Cello Concerto with the Guildford Symphony Orchestra and Dvorák's Cello Concerto with the Guildhall Symphony Orchestra as part of the LSO Donatella Flick conducting competition. A keen chamber musician, Arthur has taken part in festivals such as Pro-Quartet, the Rising Star Series at the Cadogan Hall, in the Barbican as part of the pre-LSO series under the guidance of John Adams, the RSNO chamber music series, the Multi-Story chamber music series and the Aurora festival in Sweden. Arthur was a member of the Camerata de Lausanne led by Pierre Amoyal and a member of Southbank Sinfonia as principal cello. He performed with the LSO as part of the string scheme experience and is now a member of the London based ensemble Camerata Alma led by Charlotte Maclet. Arthur was appointed as sub-principal cello of the RSNO in 2016. 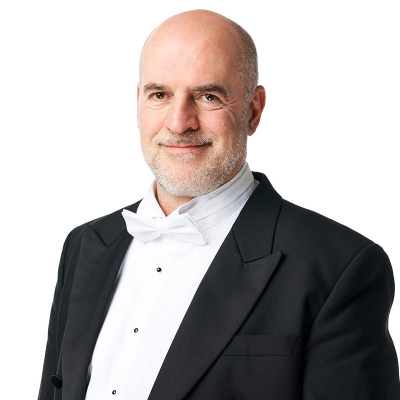 David grew up in Wiltshire where he attended the local comprehensive school in Corsham. He went on to study music at the Royal College of Music in London, graduating in the summer of 1990. He then went on to work in Spain where he lived for 12 years, working initially for the Orquesta Filharmonica de Malaga, and later, the Real Orquesta Sinfonica de Sevilla. David Hubbard took up the position of Principal Bassoon of the Royal Scottish National Orchestra in July 2004. He has performed as a soloist with the RSNO on several occasions playing the Mozart, Vivaldi E Minor, and F Minor concertos, and Michael Daugherty's work, 'Dead Elvis'. In April 2011 David premiered a new concerto for bassoon called 'That Blessed Wood' written for him by Rory Boyle and commissioned by Camerata Scotland (a recording of which is available on iTunes). David subsequently recorded a piano reduction of the middle section of this work entitled 'Intermezzo' with the pianist Scott Mitchell, as part of a collection of works by Rory Boyle for the CD 'A Box of Chatter'. Most recently, he recorded Der late Brummbar (The Old Grumbler) op.210 with the RSNO on their album 'A Festival of Fucik' with Neemi Järvi for Chandos. David has guested as principal bassoon with many of the British orchestras such as the London Symphony Orchestra, Philharmonia, London Philharmonic Orchestra, Royal Philharmonic Orchestra, Orchestra of the Royal Opera House, Covent Garden, CIty of Birmingham Symphony Orchestra, Bournemouth Symphony Orchestra, Halle, BBC Philharmonic, BBC Scottish Symphony Orchestra, and Scottish Chamber Orchestra. He is a regular participant in the RSNO chamber music series, and a member of the Phoenix Trio alongside RSNO Principal Flute, Katherine Bryan, and former RSNO Principal Clarinet, John Cushing. David is tutor of bassoon at the Royal Conservatoire of Scotland, and at the Douglas Academy. He regularly coaches the bassoons for the National Youth Orchestra of Scotland, and has given masterclasses at Chethams School of Music, Wells Cathedral School, and the Royal Academy of Music Junior Department. David greatly enjoys DIY, his latest project being an Old Schoolhouse in Kilsyth, and he is a keen cyclist. 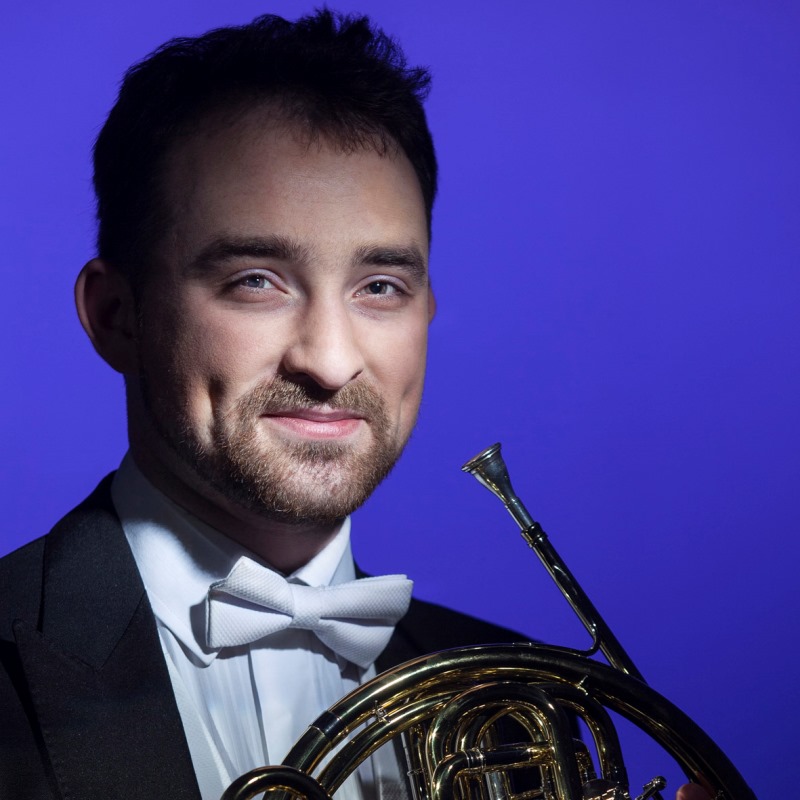 Christopher Gough (b.1991) is originally from London. He studied French horn at the Royal Conservatoire of Scotland with David Flack and Stephanie Jones as well as second study composition with Rory Boyle. Whilst at the RCS, Christopher won first prize in the brass category for the BBCSSO concerto competition and as a result performed the Hindemith Horn concerto with the orchestra. As an orchestral musician, Christopher has made many guest appearances with UK orchestras including playing principal with the BBCSSO, RPO and Philharmonia. Chris is also heavily involved in chamber music, and is a member of both the Northern Lights Wind Quintet and the Pure Brass ensemble. 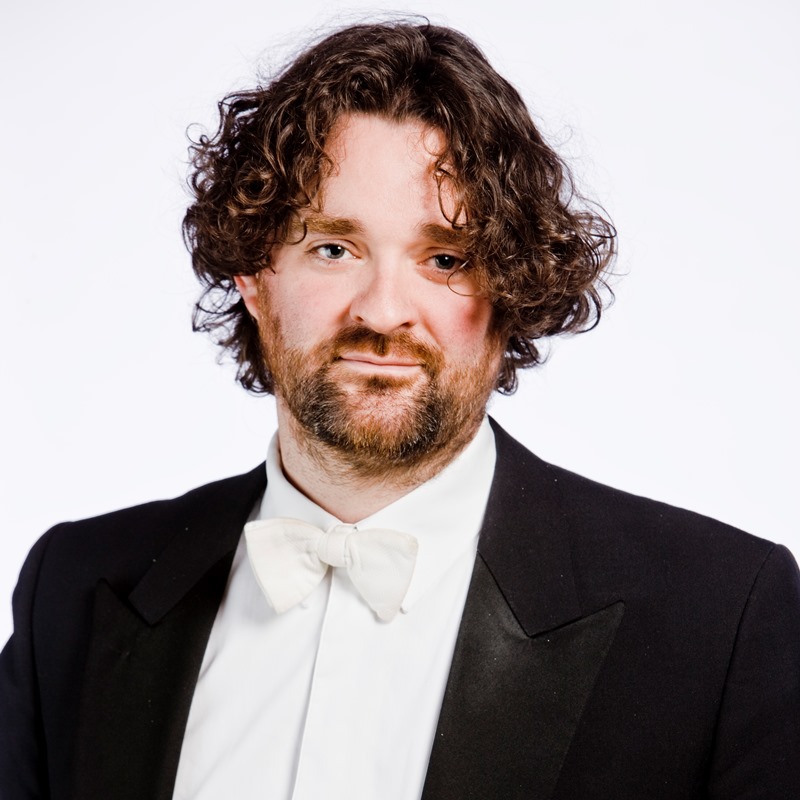 Tom Dunn has been Principal Viola of the Royal Scottish National Orchestra since 2014. 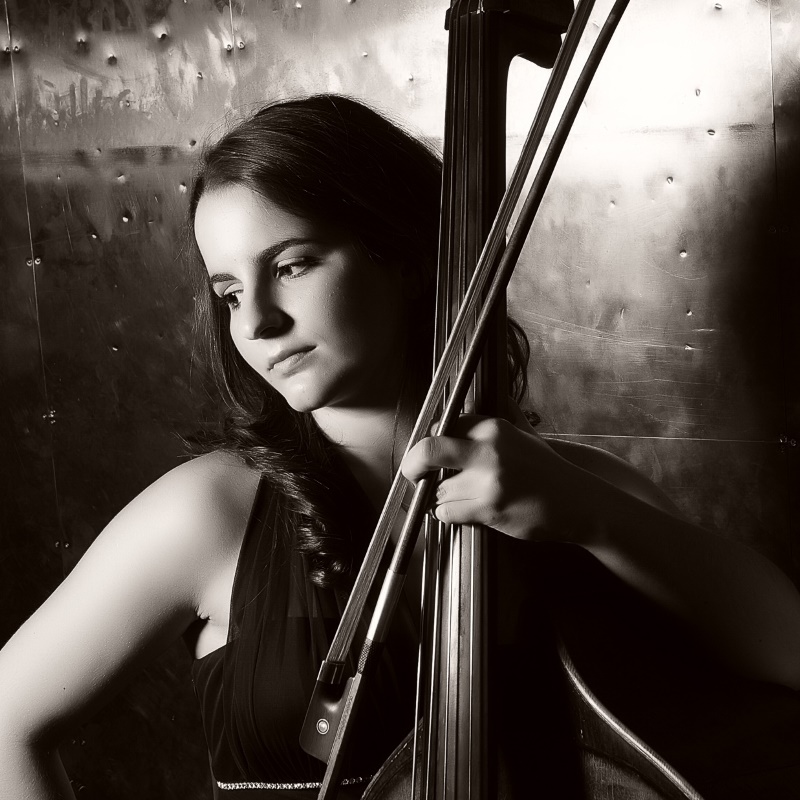 Margarida was born in Portugal (Braga), where she began learning music. At the age of 12 she was admitted in to the Artave Music School, joining the double bass class of Alexandre Samardjiev. Graduating in 2007 she was awarded the Maria Manuel Carvalho prize for best student following a solo performance of the Koussevitzky concerto with the school’s symphony orchestra. In the same year she was invited by Thomas Martin to join his class at the Guildhall School in London, finishing her BMus and MPerf degrees at the RCM, both 1st class honours, under the same teacher. Margarida also learnt baroque double bass with Cecelia Bruggemeyer and Peter Buckoke. During her studies, she was supported by the Guildhall Trust Fund and at the RCM by an Orchestral Leverhulme Scholarship & an RCM Soiree D’Or Scholarship, Henry Wood Award and a Foundation Scholarship. She was also awarded a full scholarship by the Gulbenkian Foundation, a Martin Musical Scholarship Award and Albert Cooper Memorial Trust Scholarship. In 2013, she featured in the RCM’s Rising Stars concert series at Cadogon Hall. Margarida has played with the EUYO and was also a member of the Gustav Mahler Jugend Orchester. She has undertaken orchestral student schemes with the LSO, ENO and BBCSO. Previous orchestral trials include rank and file with the Philharmonia, co-principal with the RPO and section leader with the BBC Philharmonic. She freelanced regularly with the LPO, ECO, BBC SO, SCO, Britten Sinfonia, and London Handel Players. Before joining the RSNO, Margarida played as 2nd Solo double bass in the Royal Danish Orchestra in 2014/15.