New worlds for old. George Gershwin once asked Maurice Ravel to teach him how to compose – he didn’t realise that Ravel was actually his greatest fan! Few living musicians conduct both of them with the sheer, irresistible flair of John Wilson, just as no-one plays Gershwin’s swinging Piano Concerto more brilliantly that Louis Schwizgebel. And finally, big-band glamour meets the Russian soul in Rachmaninov’s fabulous Third Symphony. If you’ve never heard it, you’ll soon wonder why. 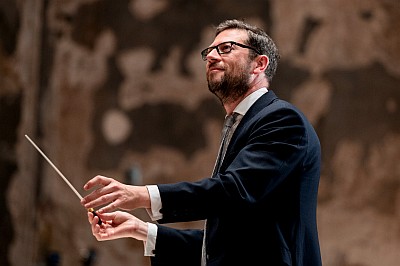 Wilson made his opera debut in 2016 conducting Puccini Madama Butterfly at Glyndebourne Festival Opera on their autumn tour and has since conducted Gershwin Porgy and Bess at English National Opera and returned to Glyndebourne Summer Festival to conduct Massent Cendrillon. He will be making his debut at the Metropolitan Opera, New York City, in a future season.

Wilson has a large and varied discography which includes a series of discs with the BBC Scottish Symphony Orchestra exploring the works of Richard Rodney Bennett, with the BBC Philharmonic devoted to the symphonic works of Aaron Copland and numerous recordings with the John Wilson Orchestra. In 2019 Chandos released Wilson’s first recording with the Sinfonia of London which features Korngold’s Symphony in F Sharp.

Born in Gateshead, Wilson studied composition and conducting at the Royal College of Music, where in 2011 he was made a Fellow. In 1994, he formed his own orchestra, the John Wilson Orchestra, dedicated to performing music from the golden age of Hollywood and Broadway, and with whom he has appeared regularly across the UK. In March 2019, John Wilson was awarded the prestigious ISM Distinguished Musician Award for his services to music. 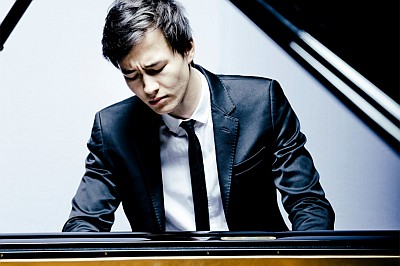 Louis Schwizgebel has been described as “a genuine virtuoso, a spirited young genius with real depth” (Fono Forum) and an “insightful musician” (The New York Times). He is praised repeatedly for his poise, elegance, imagination, expressive lyricism and crystalline articulation. He performs regularly in recital, with the finest orchestras across the globe and has received critical acclaim for his recordings.

Schwizgebel performs frequently in his native Switzerland; he has played in the major festivals such as Verbier, Lucerne Progetto Martha Argerich and Menuhin Festival Gstaad and in 2019:20 makes his debut in the Meisterinterpreten series in Zurich. In 2014 he made his BBC Proms debut with an electrifying televised performance of Prokofiev Piano Concerto No1 and in 2018 at the Festival de Radio France in a televised performance of Gershwin Rhapsody in Blue.

Schwizgebel records for Aparté and his latest recording of Schubert Sonatas D845 and D958 was described as an “album of extraordinary precision” by Le Figaro. Previous releases include Saint-Saëns Piano Concertos No2 and 5 with the BBC Symphony Orchestra, described as “gorgeously singing and wonderfully delicate” by BBC Music Magazine, and Beethoven Piano Concertos No1 and 2 with the London Philharmonic Orchestra hailed as a “beautifully nuanced account” by Gramophone.

Schwizgebel was born in 1987 in Geneva. He studied with Brigitte Meyer in Lausanne and Pascal Devoyon in Berlin, and then later at the Juilliard School with Emanuel Ax and Robert McDonald, and at London’s Royal Academy of Music with Pascal Nemirovski. At the age of seventeen he won the Geneva International Music Competition and, two years later, the Young Concert Artists International Auditions in New York. In 2012 he won second prize at the Leeds International Piano Competition and in 2013 he became a BBC New Generation Artist.