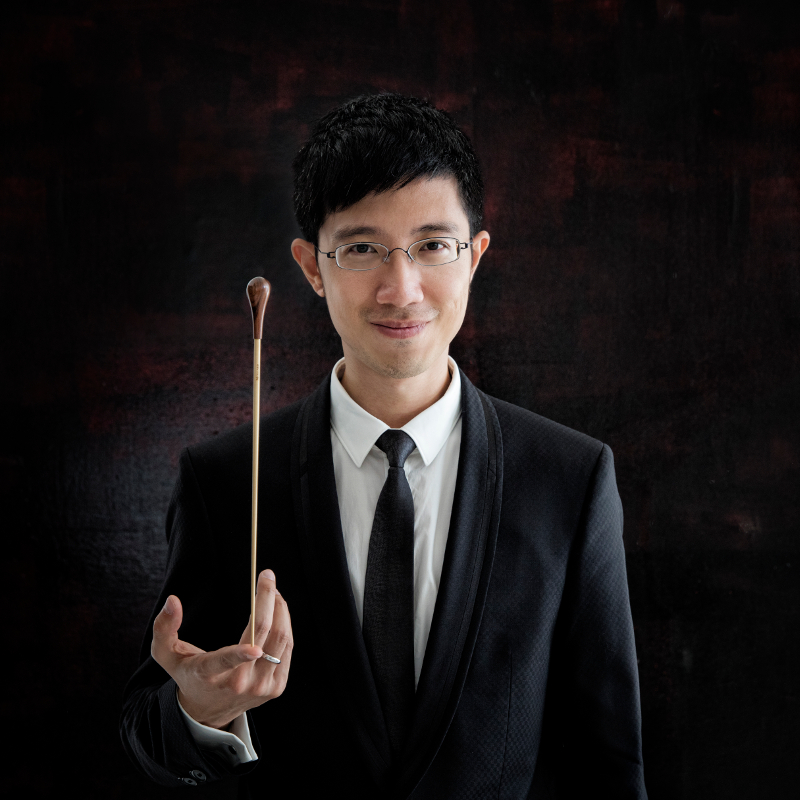 Young Taiwanese conductor Tung-Chieh Chuang is the celebrated winner of the 2015 International Malko Competition in Copenhagen, standing out amongst a large field of candidates to win this prestigious award. Prior to this Chuang had already won numerous prizes and accolades, including a prize and the Audience Award at the Solti Competition in Frankfurt as well as being named a winner of the Gustav Mahler Competition in Bamberg and the Jeunesse Musicales Conducting Competition in Bucharest.

In 2010, Chuang received the Edwin B. Garrigues Fellowship of the Curtis Institute of Music. A year later in Philadelphia, he initiated the Curtis Japan Benefit Concert, donating all proceeds to the victims of the March 2011 earthquake via the Red Cross Japan. In 2012 he launched the first orchestral ‘flashmob’ in Taiwan, in his role as Principal Conductor of the National Taiwan University Symphony Orchestra.

Born into a family of professional musicians, Tung-Chieh Chuang showed great musical promise from an early age studying the horn and piano, giving his first public concert at the age of 11. He continued his education at the Curtis Institute in Philadelphia and at the Weimar Academy of Music. His mentors include Mark Gibson, Gustav Meier, Otto-Werner Mueller and Nicolás Pasquet.

Prior to embarking on a musical career, Tung-Chieh Chuang received a bachelor degree in Applied Statistics at Purdue University in the USA. He currently lives with his family in Berlin.