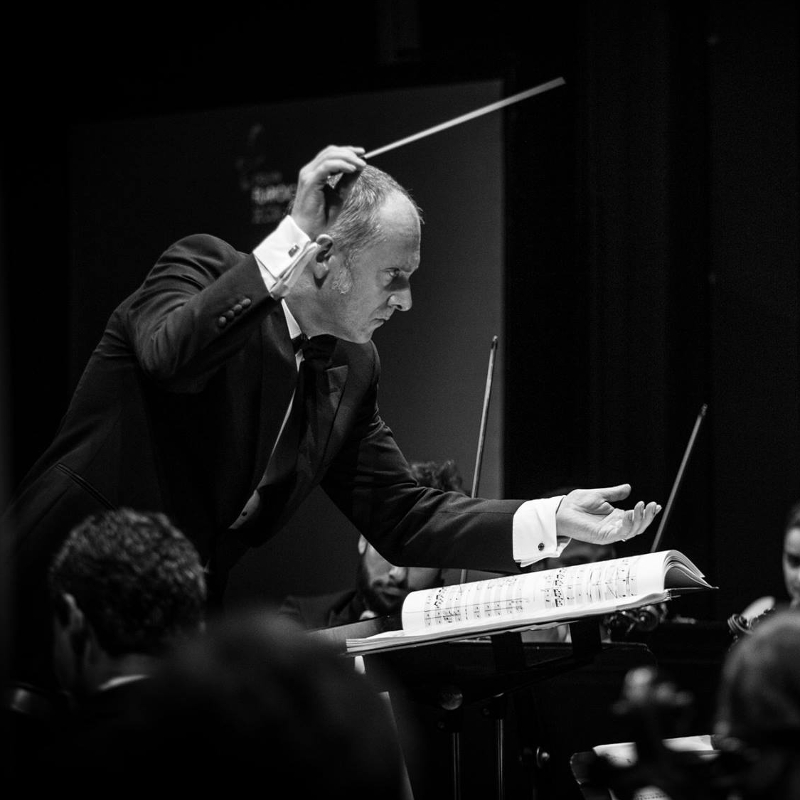 Recordings include a disc of American contemporary Violin Concerti with Ittai Shapira and the Royal Liverpool Philharmonic Orchestra, Gloria Coates Fifth Symphony, Stenhammar Symphony No.2 and two discs of orchestral music by Cesar Guerra-Peixe with the Goias Philarmonic Orchestra. He is currently engaged on a project to record all 14 symphonies of Claudio Santoro for Naxos with the Goias Philarmonic.

From 1992 until 2006 he served as Head of Conducting at the Royal College of Music. He was made an Honorary Member of the RCM in 1994 for his services to the institution and has established an enviable reputation as an orchestral trainer.

Since March 2014 he has served as Principal Conductor and Artistic Director of the Philharmonic Orchestra of Goiás, Brazil.