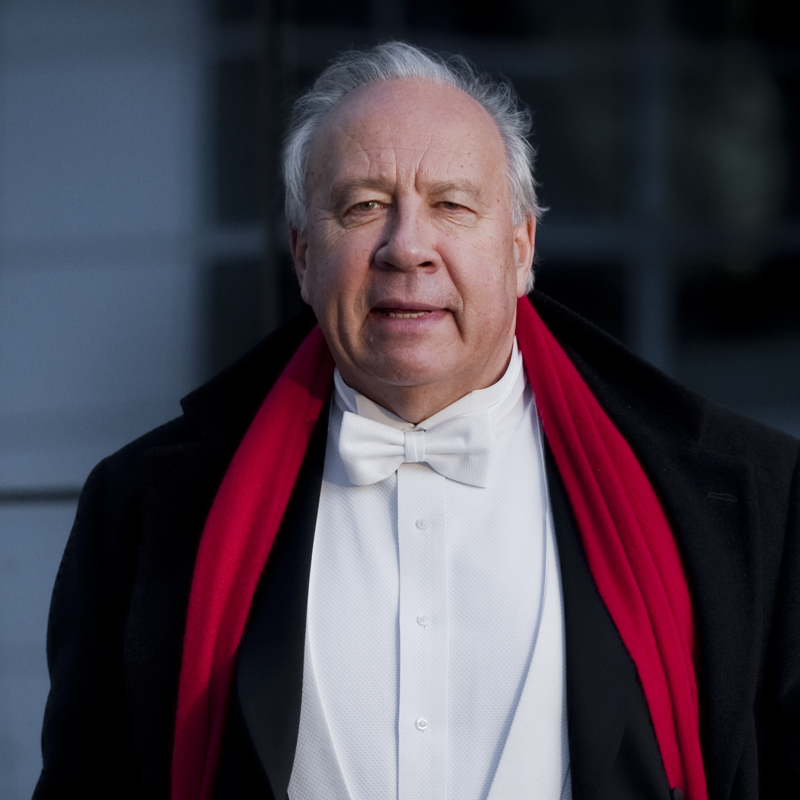 The head of a musical dynasty, Neeme Järvi is one of today’s most highly respected maestros. He conducts the world’s most prominent orchestras and works alongside soloists of the highest calibre. Currently, he is Principal Conductor and Artistic Director of the Estonian National Symphony Orchestra. A prolific recording artist, he has amassed a discography of over 500 recordings. In September 2018, Neeme Järvi received the Gramophone Lifetime Achievement Award, and in January 2019 Barclay de Tolly’s Friends Club Order of Merit Award.

Recent releases on Chandos include Tchaikovsky’s complete ballets, symphonies and orchestral music by the Swiss composer Joachim Raff, as well as music by Massenet, Chabrier, Saint-Saëns, Suppé, Atterberg, and X.Scharwenka.

Neeme Järvi has been honoured with many international awards and accolades such as the Gramophone Lifetime Achievement Award (Sep 2018), the Echo Classical Award (Neeme Järvi with Orchestre de la Suisse Romande, 2017), the International Record Prize Toblach in 1993 (Mahler Symphony No3, London Symphony Orchestra) and in 2011 (Mahler Symphony No7, Residentie Orkest The Hague). From his native country these include an honorary doctorate from the Music and Theatre Academy and the Order of the National Coat of Arms from the President of the Republic of Estonia, Mr. Lennart Meri. The Mayor of Tallinn presented Maestro Järvi with the city’s first-ever ceremonial sash and coat of arms insignia, and he has been named one of the “Estonians of the Century”. Neeme Järvi holds an honorary doctorate of Humane Letters from Detroit’s Wayne State University and the University of Michigan, as well as honorary doctorates from the University of Aberdeen and the Royal Swedish Academy of Music. He has also received the Commander of the North Star Order from King Karl XVI Gustaf of Sweden. 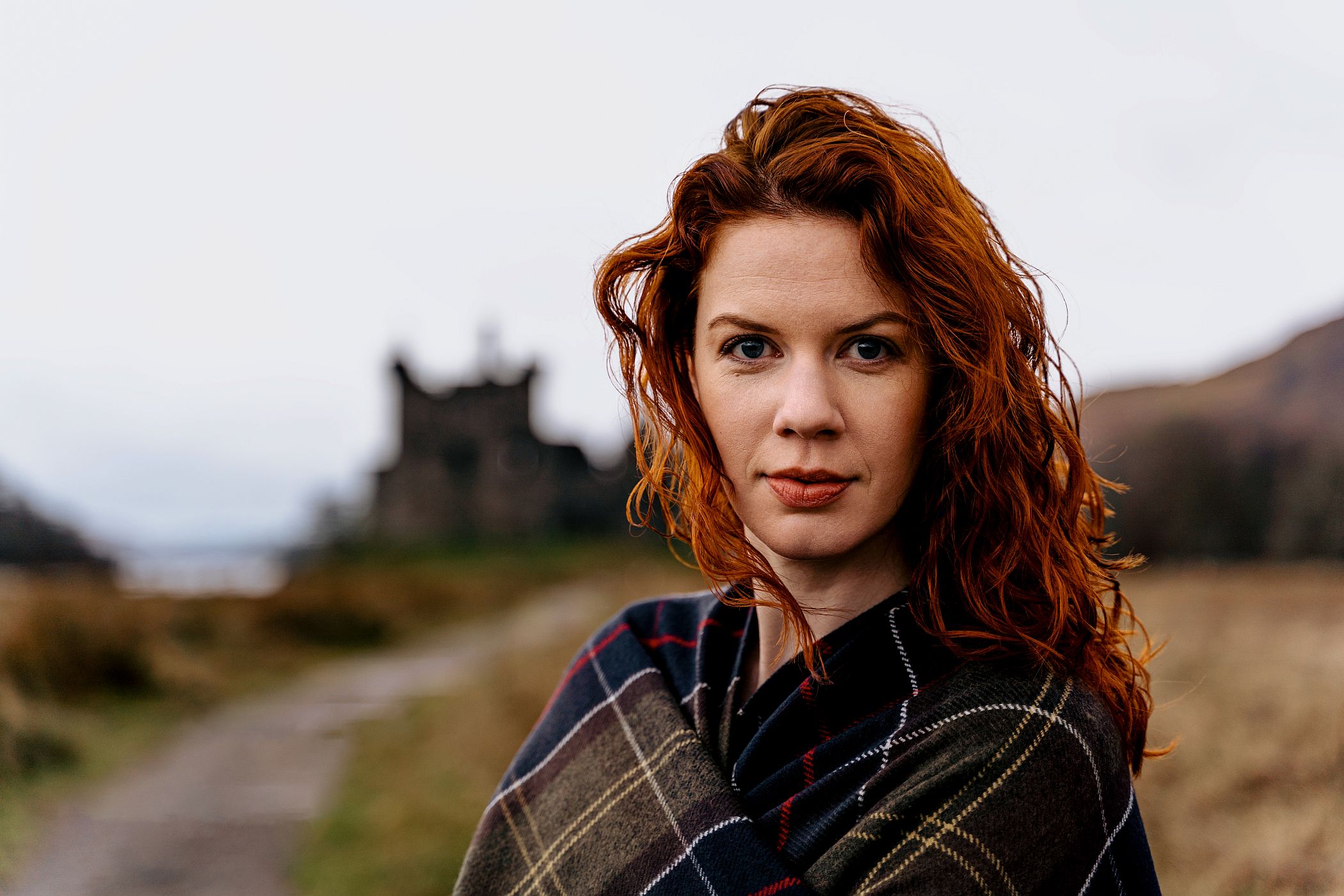 Winner of the 2017 BBC Cardiff Singer of the World Main Prize and joint winner of the Song Prize, Scottish mezzo Catriona Morison is the first British artist to win this highly coveted award. Currently a member of the ensemble at Oper Wuppertal, her 2017-18 appearances include Maddalena Rigoletto and Hänsel Hänsel und Gretel. Away from Oper Wuppertal, engagements include an autumn tour of European festivals with MusicAeterna and Teodor Currentzis conducting Mozart Requiem as well as appearances with the BBC Orchestras and at Wigmore Hall.

Recent successes include the roles of Annina Der Rosenkavalier and Kay in Albrecht’s Die Schneekönigin (The Snow Queen) in the highly lauded 2015 production, both at Deutsches Nationaltheater Weimar; Giove/Pisandro Il ritorno d’Ulisse in patria for Theater Erfurt, staged performances of Mozart Requiem for Theater Hof and Handel’s Alexander’s Feast for Lithuanian National Opera.

Catriona started her musical career at an early age at the Royal Conservatoire of Scotland (RCS) as a singer and a violist. She went on to study for her BMus (Hons) and PGDip Opera Studies at the RCS and with Prof. Julie Kaufmann at the Universität der Künste, Berlin, and graduated from the Alexander Gibson Opera School of the RCS under the tuition of Clare Shearer with a MMus Opera with Distinction in 2013. She continues to study with Prof. Siegfried Gohritz in Weimar.

The artist became a Samling Artist in 2013, and the following year she joined the Bayreuther Festspielchor and appeared in their productions of Tannhäuser, Lohengrin and Der fligende Holländer. In summer 2015, Catriona joined the prestigious Young Singers Project at the Salzburg Festival where she made her debut with the Vienna Philharmonic in Der Rosenkavalier, and participated in the YSP Final Concert with the Mozarteum Orchestra under the baton of Christoph Altstaedt. Her 2015-16 season was spent as a member of the Thüringer Opernstudio in Germany.

Other roles include Dorabella Così fan tutte at Theater Rudolstadt and the Banff Centre in Canada, Cherubino Le nozze di Figaro in Weimar, Nerone L’incoronazione di Poppea and Bianca The Rape of Lucretia for the RCS, Hermia A Midsummer Night’s Dream at Scottish Opera and Mercédès Carmen for Edinburgh Grand Opera. She appeared as a Lady of Mahagonny The Rise and Fall of the City of Mahagonny at Usher Hall for the Edinburgh International Festival.

Catriona’s other competition achievements include the Toonkunst Oratorio Prize at the 50th IVC ‘s-Hertogenbosch, and finalist at the 9th International Hilde Zadek Voice Competition in Vienna.