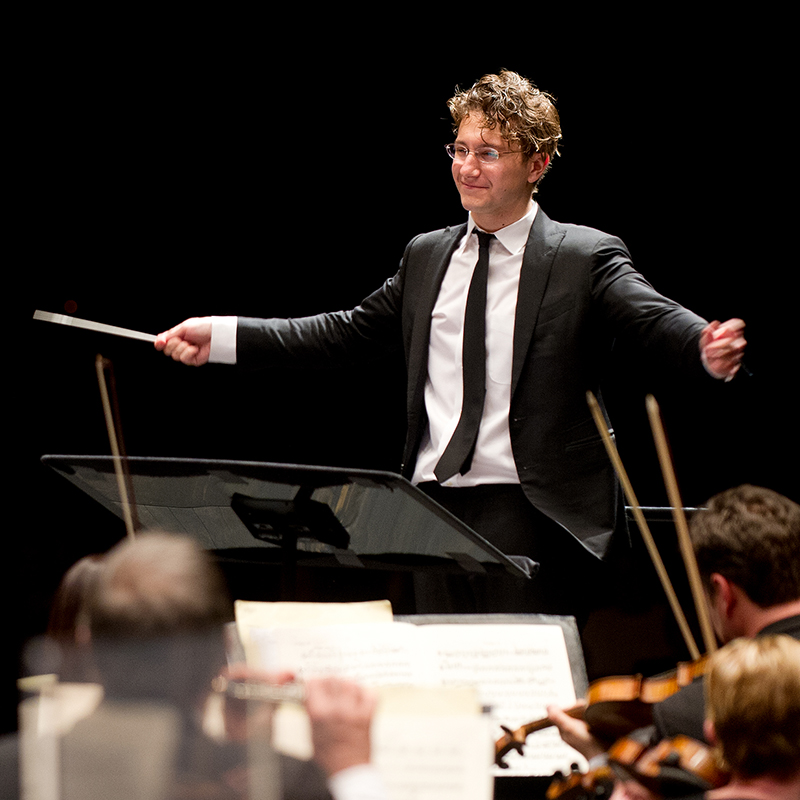 An unusually versatile musician, Teddy Abrams is the widely-acclaimed Music Director of the Louisville Orchestra, and Music Director and Conductor of the Britt Festival Orchestra. A tireless advocate for the power of music, Abrams has fostered interdisciplinary collaborations with organizations including the Louisville Ballet, the Center for Interfaith Relations, Oregon Shakespeare Festival, the Speed Art Museum, and the Folger Shakespeare Library. His rap-opera, The Greatest: Muhammad Ali, premiered in 2017, celebrating Louisville’s hometown hero with an all-star cast that included Rhiannon Giddens and Jubilant Sykes.

Teddy makes his debut with the National Symphony Orchestra in the 2018-19 season in a program built around a commission by Lera Auerbach, and he appears with the Utah, Wichita, Eugene, and Elgin Symphonies. He celebrates Leonard Bernstein’s centenary with an all-Bernstein program at the Kennedy Center on what would have been his 100th birthday. Recent guest conducting highlights include engagements with the Los Angeles Philharmonic; the San Francisco, Houston, Milwaukee, Vancouver, Colorado, and Phoenix Symphonies; Saint Paul Chamber Orchestra; and the Florida Orchestra. He has enjoyed a longstanding relationship with the Indianapolis Symphony, and recently conducted them with Time for Three for a special recorded for PBS. He served as Assistant Conductor of the Detroit Symphony from 2012-2014.

From 2008 to 2011, Abrams was the Conducting Fellow and Assistant Conductor of the New World Symphony (NWS). He has conducted the NWS in Miami Beach, Washington, D.C. and at Carnegie Hall, and recently returned to conduct the NWS on subscription with Joshua Bell as soloist.

An accomplished pianist and clarinetist, Abrams has appeared as a soloist with a number of orchestras—including play-conducting the Ravel Piano Concerto with the Fort Worth Symphony in 2017 and the Jacksonville Symphony in 2013—and has performed chamber music with the St. Petersburg String Quartet, Menahem Pressler, Gilbert Kalish, Time for Three, and John Adams, in addition to annual appearances at the Olympic Music Festival. Dedicated to exploring new and engaging ways to communicate with a diverse range of audiences, Abrams co-founded the Sixth Floor Trio in 2008. Together, they founded and direct GardenMusic, the music festival of the world-renowned Fairchild Tropical Garden in Miami; they continue to tour regularly throughout the U.S.

Abrams was a protégé of Michael Tilson Thomas from the age of eleven, and studied conducting with Otto-Werner Mueller and Ford Lallerstedt at the Curtis Institute of Music, and with David Zinman at the Aspen Music Festival; he was the youngest conducting student ever accepted at both institutions. Abrams is also an award-winning composer and a passionate educator. His 2009 Education Concerts with the New World Symphony (featuring the world premiere of one of Abrams’ own orchestral works) were webcast to hundreds of schools throughout South Florida.

Abrams performed as a keyboardist with the Philadelphia Orchestra, won the 2007 Aspen Composition Contest, and was the Assistant Conductor of the YouTube Symphony at Carnegie Hall in 2009. He has held residencies at the La Mortella music festival in Ischia, Italy and at the American Academy in Berlin. Teddy was a proud member of the San Francisco Symphony Youth Orchestra for seven seasons, and graduated from the San Francisco Conservatory of Music with a Bachelor of Music, having studied piano with Paul Hersh. 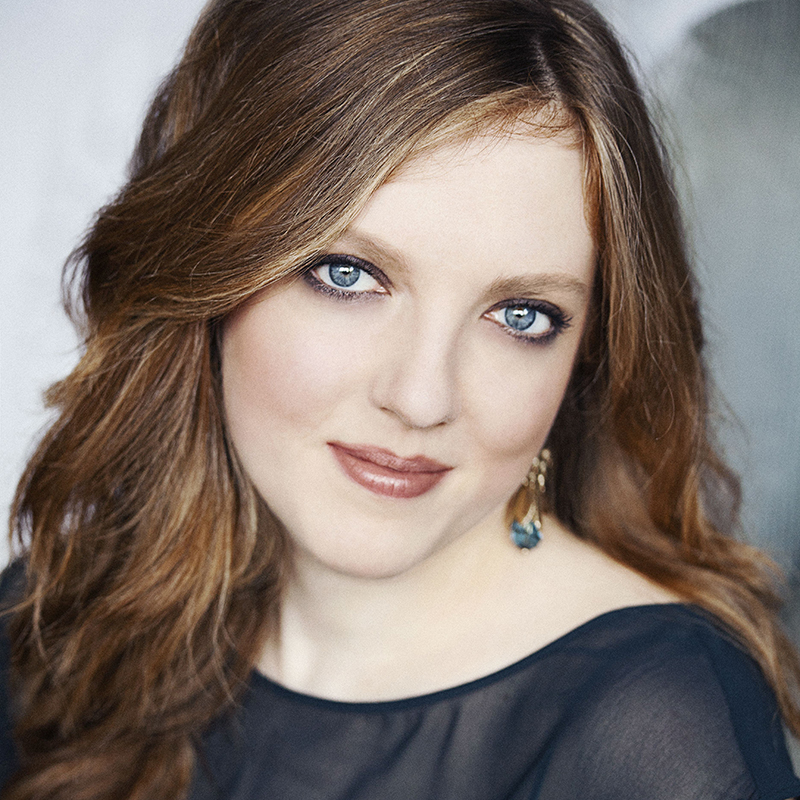 A leading interpreter of the great classical masterworks, violinist Rachel Barton Pine thrills audiences with her dazzling technique, lustrous tone, and emotional honesty. With an infectious joy in music-making and a passion for connecting historical research to performance, Pine transforms audiences’ experiences of classical music.

At Festival Lanaudiere, Pine will perform "American Partitas," a recital program of suites of dance movements composed for Pine by Bruce Molsky, Darol Anger, Billy Childs, and Daniel Bernard Roumain with the Bach Partitas that inspired them.

Pine has appeared as soloist with many of the world’s most prestigious ensembles, including the Chicago and Vienna Symphonies, Philadelphia Orchestra, Royal Philharmonic, Camerata Salzburg.