Written by the RSNO's Young Creatives 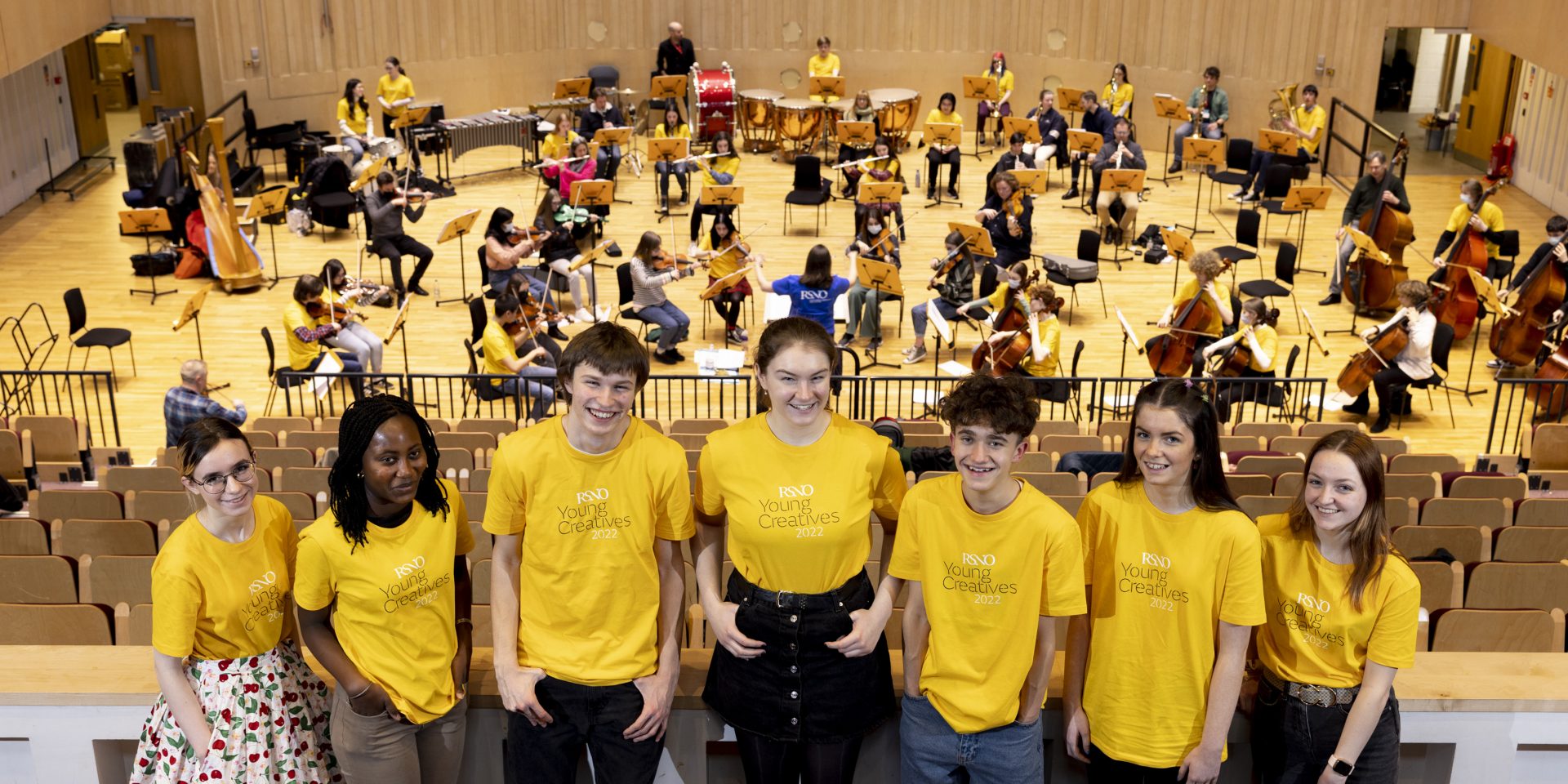 Join the RSNO’s Young Creatives for something special on Sunday 12 June and immerse yourself in the wonderful concert planned and performed by talented young people from across Scotland.

This year, the RSNO’s annual Takeover work experience project looked a little different. For the first time, the project was run as a mix of online and in-person sessions. Young people from across Scotland have been coming together for the last ten months, learning how to stage and perform a concert with Scotland’s National Orchestra. From joining in with samba bands to trying out beatboxing, as well as meeting inspirational people involved in the music industry, the year has been packed with new experiences. The culmination of this work experience is next month’s concert, Tutti, planned by the Young Creatives’ programming team and performed by the Young Creatives musicians.

The concert explores themes including unity and overcoming adversity. This concept informed the choice of repertoire, and after weeks of debate, the Young Creatives formed a programme that flows together, learning about the field of artistic planning along the way. The concert title, Tutti, is the term used in music for the whole orchestra coming together. The combination of bright colours used in the staging and in marketing materials represents the joy that the Young Creatives hope to inspire with the concert.

As the programming team continued to plan behind the scenes, the musicians were equally busy. In-person sessions allowed for more physical activities such as yoga classes and folk music lessons The Young Creatives broadened their skill sets through online sessions, which included a class on graphic scores with composer Nathan Hall, calling in from America. The participants had masterclasses with RSNO musicians, providing invaluable opportunities for them to learn from people in the very positions they aim to be in one day.

RSNO Principal Trombone Dávur Juul Magnussen said: “I assume I’m going to see a lot of the Young Creatives again later in my career as colleagues, and that’s very rewarding. Not only do the Young Creatives learn something from this, but the Orchestra learns a lot from them too.”

Young Creative Mame has been working in the programming team and has been enjoying the project: “We have been given a lot of independence, and I feel like it’s really taught me how to go about planning different things, especially with the scale of this project. It’s been a great learning experience.”

Young Creative First Violin Han said: “It’s a really good project because at the start of the year we did a lot of fun stuff like samba and drumming classes, it’s great to do something different […] to immerse yourself in different kinds of music.”

Tickets for the concert on Sunday 12 June at Glasgow’s New Auditorium are available here.

RSNO Young Creatives 2021:22 is funded by the Scottish Government’s Youth Arts Fund through Creative Scotland and with support from Youth Music Initiative and Time to Shine. The Youth Arts Fund ensures creative opportunities for children and young people continue to exist across Scotland despite the Covid-19 pandemic.

Bernstein Mambo from West Side Story

Price Dances in the Canebrakes