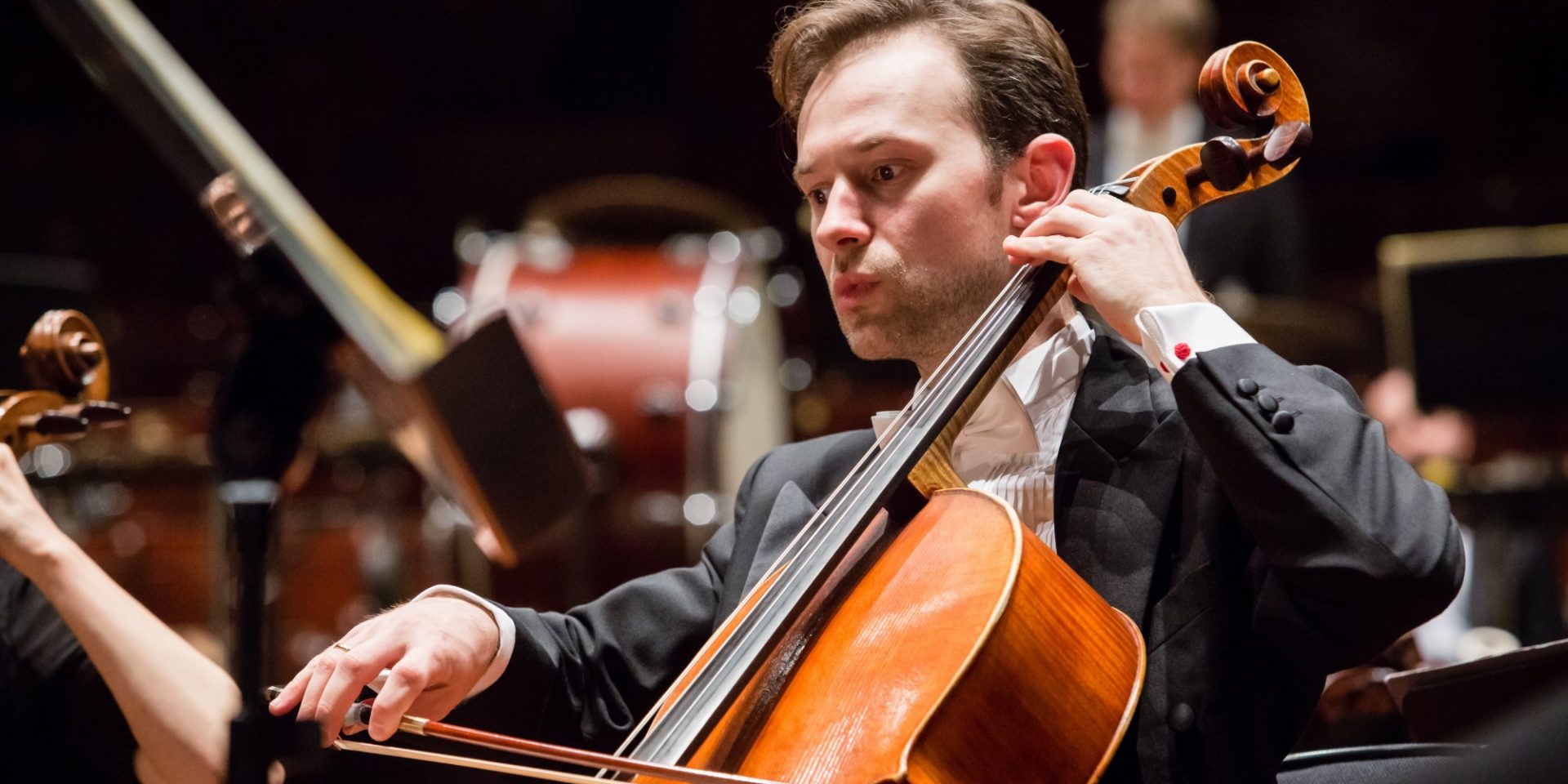 Inspired by recent peaceful demonstrations in Belarus in the wake of its 2020 presidential election, the RSNO commission is a musical tribute to the Belarusian people who have peacefully been making the case for democracy to be upheld in their country.

The music for solo cello and orchestra has been composed by Christopher Gough, the Orchestra’s Principal Horn and features Belarus-born RSNO Principal Cello Aleksei Kiseliov as soloist. The piece is around 15 minutes and launches the RSNO’s Scotch Snaps series, which celebrates established and emerging composers born or living in Scotland. Scotch Snaps is supported by the John Ellerman Foundation.

The music is based on three Belarusian folk songs: Leciele zurauli, Sztoj pa moru, and Kupalinka. Some audiences may recognise the music as musicians in Belarus have been reportedly giving impromptu street performances of Kupalinka. The early 20th-century folksong has reportedly become an unofficial anthem of resilience amongst artists and musicians in the country.

The concert also celebrates the historic relationship between Scotland and Poland as part of the Polska Scotland series, with music by the late Krzysztof Penderecki featuring in the programme. Penderecki’s Adagio for Strings, which premiered in 2013, opens the concert on Friday 4 December.

The concert is supported by the Adam Mickiewicz Institute, which is part of the international cultural programme marking the centenary of Poland’s regained independence, financed by the Ministry of Culture and National Heritage of the Republic of Poland as part of the multi-annual NIEPODLEGLA programme 2017-2022.

Chief Executive of the RSNO, Alistair Mackie, said: “The power of music and the arts has been acutely felt in 2020 as so many of us have turned to our favourite composers, musicians, and artists to seek comfort. This year, the RSNO has used music to strengthen bonds we have with people around the world, and in this concert we highlight the special connection between Scotland and Poland.

“Through the music of Krzysztof Penderecki we celebrate the historic relationship between the two nations. Penderecki is widely considered one of the leaders of the post-war European avant-garde, and we are thrilled to be playing such an important modern piece to our audiences.

“In this concert, we also include new work composed by our own Principal Horn Christopher Gough which is inspired by recent events in Belarus. We hope this emotional trio of songs will express the power music has to unite people in times of hardship and strengthen their resolve for peace.”

Barbara Schabowska, Director of the Adam Mickiewicz Institute, said: “I proudly observe how Polish music is gaining more and more popularity in the world, and the works of our great composers find a significant place in concert programmes all over the world. The Adam Mickiewicz Institute is delighted to be working with the Royal Scottish National Orchestra on this extensive cultural project, building on the historic relationship between Poland and Scotland.”

Speaking on the Belarusian songs, composer and RSNO Principal Horn Christopher Gough, said: “It has been a great privilege to compose this work based on these beautiful Belarusian melodies and traditional songs. There is always a lot pressure when it comes to writing music for colleagues, but Aleksei made this process very enjoyable and it has been great to work so closely with him on music that means a lot to us both. Whilst I was composing, I kept the people of Belarus in my mind, and hope that when they listen to this music, they hear the support and hope we are extending to them at this time.”

Aleksei Kiseliov, soloist and Principal Cello of the RSNO, said: “It has been difficult for me to be so far away from home during not only the challenges of the coronavirus pandemic, but also witnessing what is happening in my home country. I hope we can create a living monument to this moment in time and use the arts to shine a light on Belarus and bring it to people’s attention. The story of Belarus is in this music, and I am honoured to be able to play this for my friends and loved ones at home, in tribute to our country.”