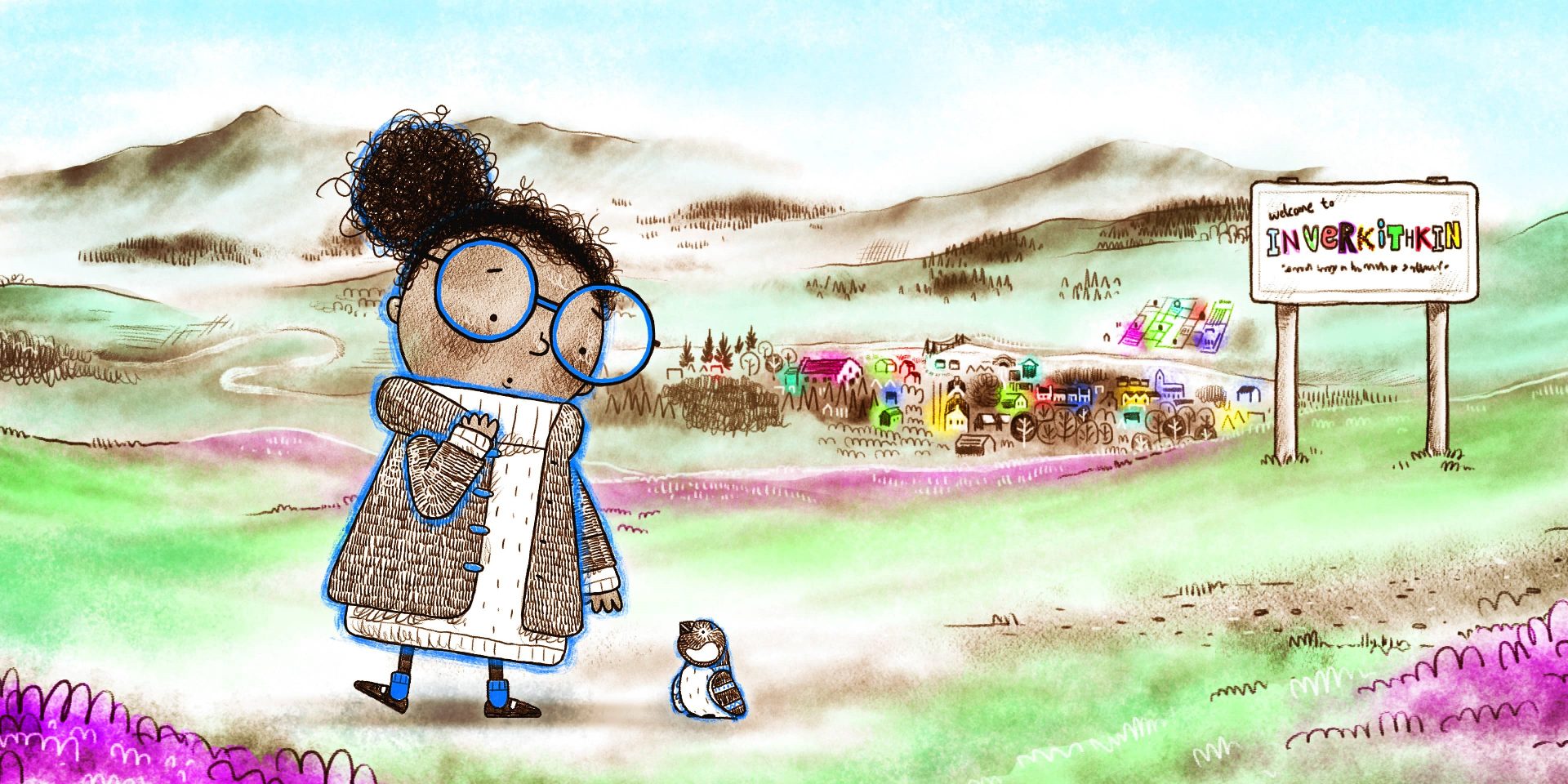 The ambitious project, supported by EventScotland as part of the Year of Stories 2022, will see the brand-new story brought to life with an animated film and original music recorded by the RSNO.  Today’s announcement is the first in a series of exciting opportunities for nursery schools and families, with the live world premiere performance and concert dates at some of Scotland’s signature festivals to come later this year.

The RSNO is marking World Book Day by launching the new suite of teaching resources and continuing professional development (CPD) opportunities, programming four virtual interactive workshops and producing a brand-new animated film. Nursery schools and early years centres across Scotland are invited to sign up to receive the resources ahead of the live concert premiere and tour dates later this year.

Storytelling and music-making play an integral role in the development of early years literacy skills. The fun tale of Yoyo will inspire children to create their own stories and will introduce Scotland’s youngest learners to classical music for the first time. Aiming to reach the widest possible audience across Scotland, the resources and film will be available digitally for free in English with British Sign Language (BSL) and, with support from Bòrd na Gàidhlig, in Gaelic.

To deliver the project, the RSNO commissioned Scottish composer Euan Stevenson, Scottish writer Stewart Ennis and Scottish BAFTA-winning animator Gavin C Robinson to create an orchestral tale celebrating Scotland’s Year of Stories 2022. The story of Yoyo & The Little Auk draws parallels between bird migration in the natural world and human migration in the era of global citizenship, exploring Scotland’s diverse cultures, languages and landscapes. Children will join Yoyo and her new friend the Little Auk under the bright stars of the fictional town Inverkithkin as they prepare for the annual town ceilidh. With the help of Yoyo’s grandparents, the pair make party costumes, unveiling treasures from across the world along the way. Clydebank-born actor James Cosmo will be narrating the story in the film, having recently narrated the Year of Stories 2022 promotional film.

Following the success of the ongoing Gaspard’s Foxtrot programme, the RSNO is again partnering with Visible Fictions, Scottish Book Trust and Starcatchers to create the story and film and in distributing the resources across Scotland. Supporting and building a network of Scottish creativity, business and talent is at the centre of this project bringing together a wide range of partners. The RSNO is also proud to announce new partnerships with the Scottish Wildlife Trust, who are co-designing the resources, and Refuweegee, who will be helping the RSNO to extend the reach of Yoyo & The Little Auk to families of forcibly displaced people arriving in Glasgow.

The learning resources will be reviewed by the RSNO’s Early Years Advisory Board, formed of early years educators from across Scotland, who will also act as ambassadors for the project within their specialist networks. Presenter, workshop leader and narrator, Lucy Drever will deliver the interactive workshops and has co-designed the resources.

Yoyo & The Little Auk is the latest in a series of projects delivered by Scotland’s National Orchestra aiming to support communities across Scotland. The significant investment in educational resources and free classical music content is an essential part of the RSNO’s Music for Life strategy, striving to deliver classical music to people of all ages and backgrounds in Scotland.

“The RSNO is incredibly proud to offer the latest in a series of educational programmes to nurseries across Scotland. We recognise the importance of using music and art to engage children in their early years with themes and ideas that will be important throughout their lives. We are so happy to celebrate the diversity of places, people and cultures of Scotland with this story.

“It has been fantastic getting to work with such a strong pool of Scottish talent and we are very grateful to Year of Stories 2022 for their support of the project. This is just the beginning of Yoyo & The Little Auk’s story, and we look forward to sharing much more with nurseries and families over the coming year.”

“The launch of the RSNO’s new interactive teaching resources for nurseries on World Book Day is an exciting contribution to Scotland’s Year of Stories. It underlines the importance of introducing young children to the joys of stories and music early on to inspire a life-long love of the arts.

“I’m also pleased to see our national orchestra partnering with other organisations such as the Scottish Wildlife Trust and Refuweegee who are supporting the wider reach of the inspiring tale of Yoyo & the Little Auk to our refugee communities in Glasgow.”

Find more information on how to sign up and take part here.

Formed in 1891, the Royal Scottish National Orchestra (RSNO) plays an integral part in Scotland’s musical life, performing across Scotland with regular concerts in Glasgow, Edinburgh, Dundee, Aberdeen, Perth, and Inverness. The Orchestra appears regularly at the Edinburgh International Festival and has toured throughout the USA, China and Europe. The Orchestra’s artistic team is led by Danish conductor Thomas Søndergård, who was appointed RSNO Music Director in 2018, with Hong Kong-born Elim Chan as Principal Guest Conductor.

The RSNO’s pioneering Music for Life framework aims to engage the people of Scotland with music across key stages of life: Early Years, Nurseries & Schools, Teenagers & Students, Families, Accessing Lives, Working Lives and Retired & Later Life. The RSNO is committed to placing the Orchestra at the centre of Scottish communities across the length and breadth of the country.

The RSNO is supported by the Scottish Government and local authorities in Scotland. Partnerships are crucial to the work of the RSNO, and through these, the organisation facilitates local, national and international relationships with cultural, commercial, public, charitable and community organisations, in order to increase and sustain the impact, reach, reputation and contribution of the Orchestra’s work.

Since March 2020, the organisation has created a series of Digital Seasons, multiple online learning and engagement programmes and behind the scenes content and, in October 2021, the RSNO launched its first ever combined Live and Digital Season, continuing to bring world-class music to its audiences in Scotland and around the world.

From icons of literature to local tales, Scotland’s Year of Stories encourages locals and visitors to experience a diversity of voices, take part in events and explore the places, people and cultures connected to all forms of our stories, past and present.

Scotland’s Year of Stories will encourage responsible engagement and inclusive participation from the people of Scotland and our visitors.