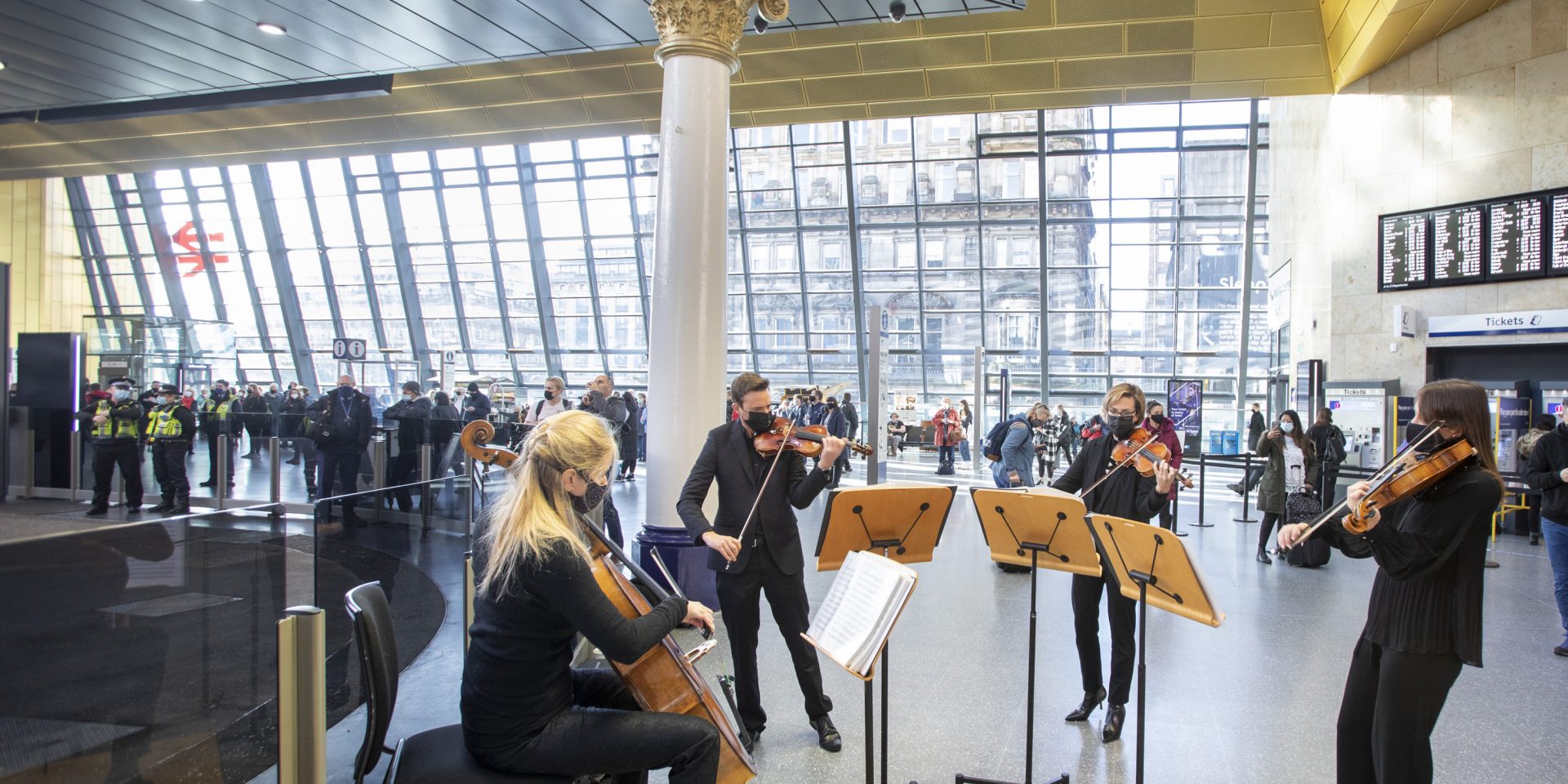 The £120m project to build a contemporary and fully accessible transport hub began in October 2017 and is part of the Edinburgh Glasgow Improvement Programme (EGIP) – a Scottish Government investment in the railway infrastructure across central Scotland. The new station offers fully accessible entrances on Dundas Street and George Square and extended platforms to accommodate longer trains, all within a contemporary stylish station building.

The official reopening opening comes as part of the Scottish Government’s ongoing investment in Scotland’s Railway, a long-term programme of infrastructure improvement. ScotRail continue to work with the RSNO as the Orchestra’s Principal Transport Provider, in a long term partnership which reduces the environmental impact of the RSNO’s touring schedule, encourages concertgoers to take the train to concerts and supports ScotRail’s commercial activities across Scotland.

Both sharing a rich history in the heart of Glasgow, Queen Street station first opened in 1842 and the RSNO Chorus (then the Glasgow Choral Union) first performed in 1843. As the city prepares to make history hosting the United Nations Climate Change Conference (COP26) the importance of promoting train travel as a sustainable and accessible mode of transport remains as significant as ever.

Protecting the environment is central to Network Rail Scotland, ScotRail and the RSNO’s work practice and moving forward it is hoped that the strengthening of the relationship between the three organisations will continue to encourage the use of public transport in Scotland and beyond.