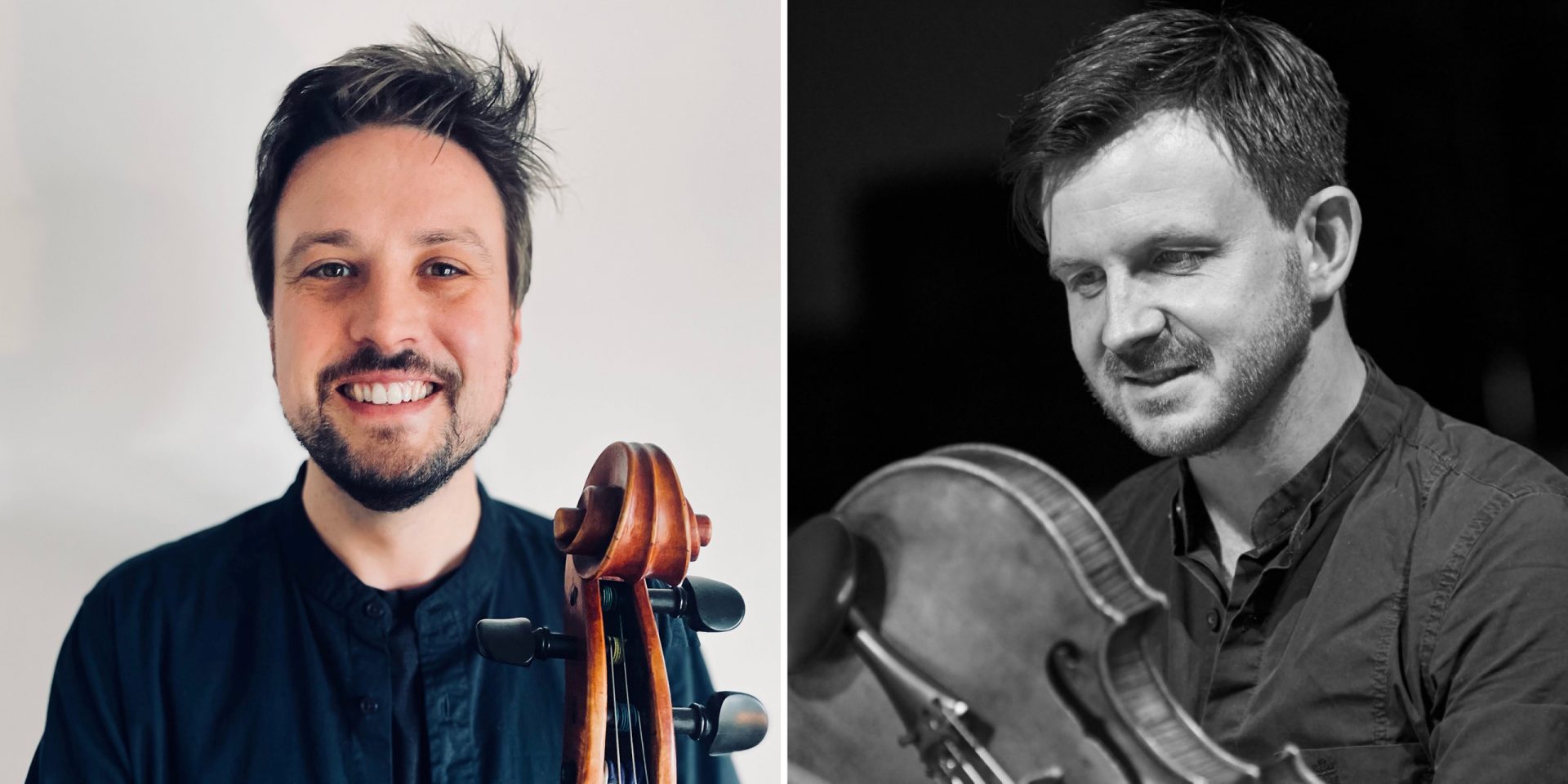 The Royal Scottish National Orchestra (RSNO) today announces the appointment of two musicians, both from the west of Scotland: Felix Tanner to the position of Associate Principal Viola and Robert Anderson to Tutti Cello, both joining the Orchestra in the new year.

Following a robust audition process with candidates from around the globe Scotland’s National Orchestra is delighted to welcome two locals to join its ranks. Felix Tanner joins the RSNO as Associate Principal Viola. Tanner joins from the Scottish Chamber Orchestra, where he has been Sub-Principal Viola since 2016. Originally from Helensburgh, Tanner studied at the Royal Conservatoire of Scotland (RCS) Junior Department, St Mary’s Music School and later the Royal Academy of Music in London with John White, Martin Outram and Katherine McGillivray. Tanner has performed with the Royal Philharmonic Orchestra and Britten Sinfonia and has worked with contemporary artists such as Massive Attack and Jools Holland.

Robert Anderson joins the RSNO as Tutti Cello. He has regularly performed with the RSNO and the Scottish Chamber Orchestra in recent years and has performed as Guest Co-Principal Cello with Opera North and the RTÉ National Symphony Orchestra. Hailing from Glasgow, Anderson attended the RCS Junior Department and also studied there at undergraduate level with Robert Irvine and David Watkin. He later studied chamber music with Gábor Takács-Nagy and Günter Pichler and has performed with various chamber groups at festivals including Gstaad, Chamonix, Bach Lutry, Siena, and Mendelssohn on Mull.

Felix Tanner will appear with the Orchestra as a regular guest for the next five months, before joining the RSNO full time in March 2022. Robert Anderson will join the RSNO as a permanent member from January 2022.

“The RSNO was the first orchestra I heard live as a young boy, and I am delighted to be now joining its wonderful viola section. I am particularly looking forward to exploring the wide variety of exciting repertoire that the Orchestra plays.”

“One of my first memories of live music is my mum taking me to hear Steven Isserlis play the Elgar concerto with the RSNO in the mid-90s, shortly after I’d started playing the cello at school. Twenty-something years later, I’m so happy to be joining the cello section of Scotland’s National Orchestra, and I’m looking forward to many great concerts and tours.”

Originally from Helensburgh, Felix is currently a member of the Scottish Chamber Orchestra and a former member of the Royal Philharmonic Orchestra. He attended the Junior School of the RSAMD where he was taught by former SNO Principal Viola James Durrant, St Mary’s Music School in Edinburgh and continued his studies at the Royal Academy of Music in London where he was awarded the Theodore Holland Viola Prize and the John Ireland, Vivian Dunn and Herbert Craxton Prizes for Chamber Music.

Felix was a member of the Badke Quartet and Brodowski Quartet, with whom he won the Royal Overseas League Competition and Val Tidone International Chamber Music Competition in Italy. He has enjoyed collaborating with various artists including the Allegri, Carducci, Edinburgh and Maxwell quartets, Susan Thomes, Jeremy Denk and Joseph Swensen.

In 2016 Felix was appointed Sub Principal viola with the Scottish Chamber Orchestra, having previously been a member of the Royal Philharmonic Orchestra.

Robert was offered the chance to learn a string instrument at primary school in Glasgow at the age of 8, and he instinctively chose the cello over the violin despite not knowing what it was. He went on to study at the RCS Junior department and then as an undergraduate with Robert Irvine and David Watkin, and later at the Bremen Hochschule with Alexander Baillie, and the Menuhin Academy in Switzerland with Christoph Richter. He was very fortunate to study chamber music with Gábor Takács-Nagy and Günter Pichler and has performed with various chamber groups at festivals including Gstaad, Chamonix, Bach Lutry, Siena, and Mendelssohn on Mull.

Robert has been working regularly with the Scottish Chamber Orchestra and Royal Scottish National Orchestra for several years and has performed with orchestras all over the UK and further afield. He met his wife Helena, a violinist, when they were both members of the Baltic Youth Philharmonic, and they live in the south side of Glasgow with their two children.