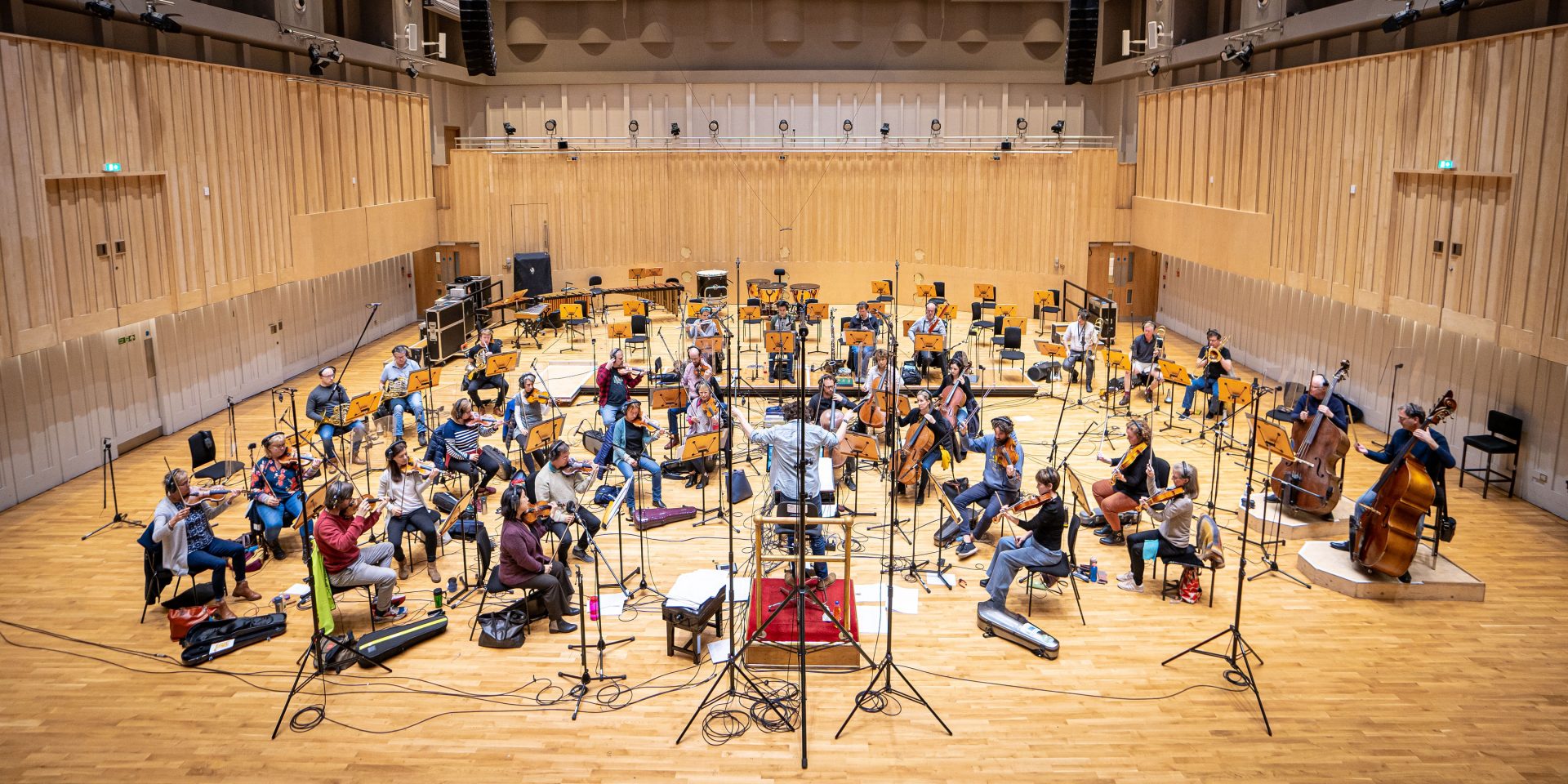 Located in the heart of Glasgow, Scotland’s UNESCO City of Music, the studio builds on existing infrastructure like the RSNO Centre which opened in 2015, and features not only cutting-edge mixing technology, but the RSNO’s New Auditorium: an acoustically adjustable and flexible space, ideal for the specialised production of recordings for film and television soundtracks as well as hosting educational projects.

This unique integration of the latest production technology with the highest quality musicians in an acoustically excellent space, positions the studio as a “one stop shop” able to provide full end-to-end production for industry.

A key ambition of the Studio is that it will become the go-to studio for film and game industry soundtrack recording outside of London, the RSNO being the only orchestra in the UK with a fully functioning recording facility that can record sound to picture. The studio will also be open to other Scottish based orchestras and musicians, giving them access to not only a world-class recording studio, but also allowing them to advance within the creative industries.

Scotland is increasingly becoming a popular destination for film, TV and video game productions and Scotland’s Studio is in a prime position to contribute to this development. The RSNO has an established track record and strong brand recognition for its recording work, especially in film and video games, with the orchestra credited on re-recordings of classic scores such as Vertigo and being conducted by film score icons such as Jerry Goldsmith. The studio will allow the RSNO to embark on bigger and more challenging projects within these industries and this new income stream will prove invaluable in supporting the RSNO’s charitable mission, as ventures such as touring and larger scale performances continue to be affected by the ongoing pandemic.

The Studio will also become home for the RSNO’s digital educational projects such as music apps for children. The space’s cutting-edge technology has potential to become a pioneering learning space for audio and sound design students from Scotland’s Universities and colleges, supporting the next generation of Scotland’s film industry by providing them with first-class experience in music production and audio engineering.

The Studio would not have been possible without a legacy from regular concert attenders Iain and Pamela Sinclair, both of whom the main control room has been named after, as well as the many individuals who donated to the New Home appeal, our partners at Glasgow Life, Glasgow City Council and the Scottish Government. Scotland’s Studio is partially supported by the DigitalBoost Development Grant.

Alistair Mackie, Chief Executive of the Royal Scottish National Orchestra said: “In Scotland’s Studio we’ve created a state-of-the-art facility that will give the RSNO another string to its bow in the post-pandemic landscape as the only orchestra in the UK with its own recording studio, while also giving Scotland’s developing film industry a new facility to support its offer nationally and internationally.

“Huge thanks goes to those who have supported this investment including the Scottish Government through the DigitalBoost Development Grant, and to Iain and Pamela Sinclair whose legacy enabled us to create such a highly spec-ed control room. Iain used to attend regularly and we later found out secretly recorded the RSNO to listen to again at home. Creating a world-class recording studio for the orchestra feels like a fitting tribute through their generous legacy.

“The orchestra already has a great reputation for its film score recordings and we look forward to adding to this legacy over the coming years.”

Culture Secretary Angus Robertson said: “The Scottish Government is committed to developing our screen infrastructure and this new world-class facility for recording film, television and games scores will make the country even more attractive to international production companies. The new studio will also contribute to growing a sustainable economy for the creative industries.

“The RSNO plays a major role in the performing arts and the new studio will give the orchestra the opportunity to build on their already highly-acclaimed international reputation for recording and expand on their educational activities.”

The first major collaboration with a film composer and studio production recently took place, testing and verifying the quality of the facilities at Scotland’s Studio.

Blair Mowat said: “This whole project has been an utter delight. I saw composer Elmer Bernstein conduct the RSNO in 1997 on a school trip. He composed the original 1972 score for The Amazing Mr Blunden – so when I got the gig, I immediately called the RSNO to see if they could record the score for this exciting new remake. Happily, the stars aligned and it was a dream come true to be composing and conducting for an orchestra that meant so much to me growing up in Scotland.

“Scotland’s Studio is a world-class facility and it’s a game-changer, not only for Scotland but anyone looking to record in the UK. We’re in desperate need of more recording studios this size to meet the pent-up demand, and the players in the RSNO rival the best in the world. We were delighted by both the experience we had recording with them and also the sound we achieved on the final recording. It was an honour to be the first film score to record here, of which I’m sure there will be countless more. There are exciting times ahead, and we can’t wait to come back!”

Richard Kaufman conductor and former Vice President for music at MGM Studios said: “Composers, production companies, and ultimately film music audiences will find the artistry of the RSNO and their recording of original film music a truly extraordinary experience.”