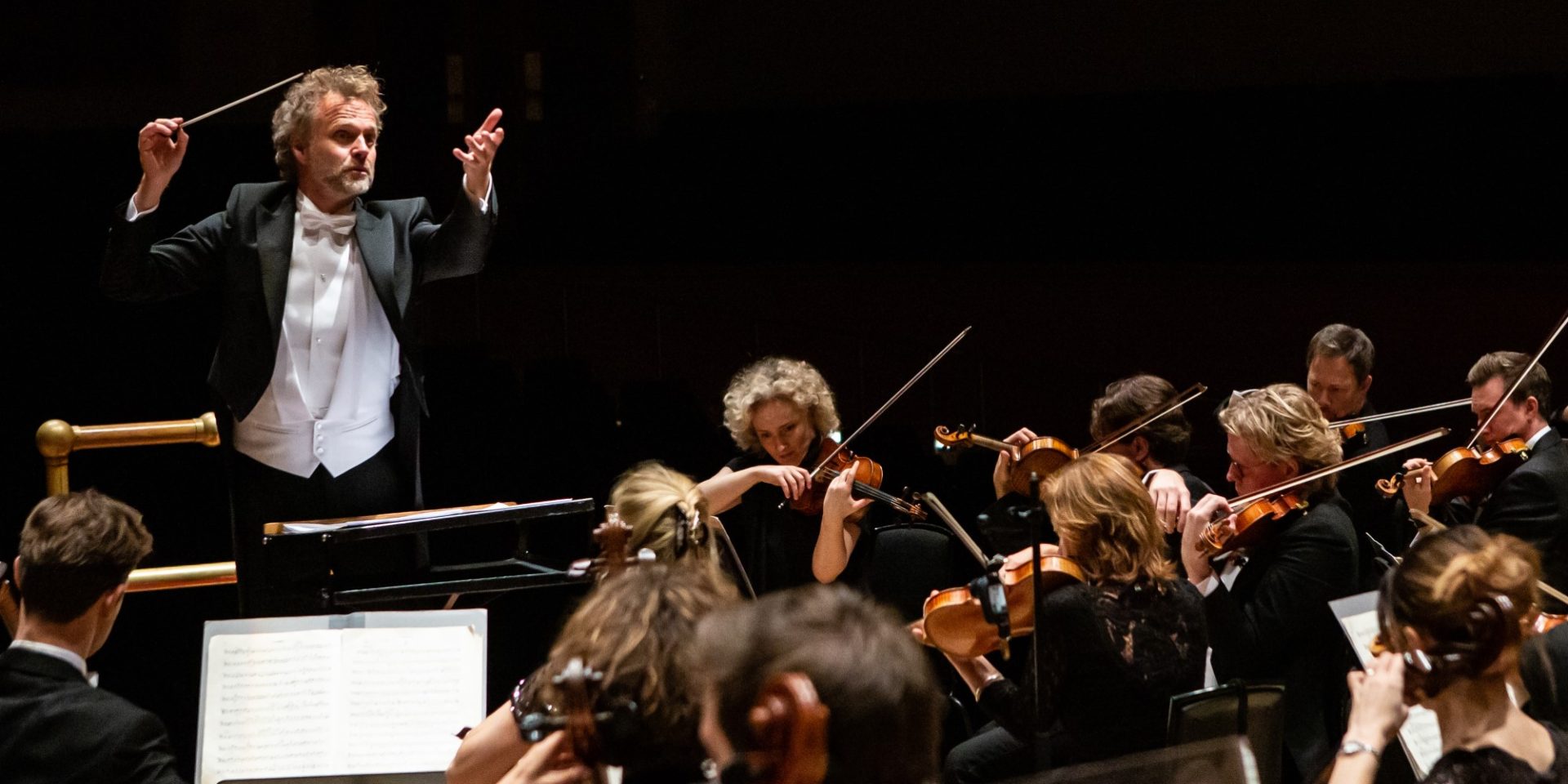 As leaders from 196 countries are welcomed to Glasgow this November for the 26th UN Climate Change Conference of the Parties (COP26), Scotland’s National Orchestra will be marking the occasion with a series of performances addressing the climate emergency.

A live concert recording featuring highlights of the RSNO’s innovative performance of Haydn’s The Creation will be released on Wednesday 3 November. Recorded at the beginning of October, acclaimed Chorus Director Gregory Batsleer is joined by Scottish poet Hollie McNish, the RSNO Chorus and soloists Anna Dennis, Andrew Staples and Neal Davies for a new interpretation of Haydn’s choral masterpiece (★★★★ The Herald). McNish’s poetry, which was commissioned by the RSNO, juxtaposes modern concerns of a world in trouble against the traditional optimism of The Creation.

The RSNO Chamber Ensemble, RCS Voices and Patricia Kopatchinskaja will perform Dies Irae (Wed 10 Nov 7pm & 9.15pm), a musical response to climate change, featuring Galina Ustwolskaja’s Dies Irae and music by Biber, Crumb, Lotti and Dowland. Renowned violinist Kopatchinskaja, recently appointed as Artist in Residence at the Berlin Philharmonic Orchestra, leads the reflection, exploring how an artist can express concern about the environmental crisis whilst working within an industry reliant on travel. The Dies Irae concerts are generously supported by Isio, pension and investment advisors to the RSNO.

The RSNO’s Autumn Season programming explores the natural world and climate, looking at how humankind can confront the challenges faced in the aftermath of the pandemic and the global climate change crisis. Inspired by Dvořák’s New World Symphony (Fri 5 Nov Edinburgh; Sat 6 Nov Glasgow) the RSNO continues to explore the ‘new world’ throughout the Season, looking to both established and contemporary artists’ voices.

New works such as Bent Sørensen’s Evening Land and Anna Thorvaldsdottir’s Metacosmos, along with Swans Migrating from Finnish composer Einojuhani Rautavaara’s Concerto for Birds and Orchestra, all draw inspiration from the elemental forces of the natural world.

Visionary violinist and UN Messenger of Peace Midori returns to Glasgow in the midst of COP26 to perform the world premiere of Detlev Glanert’s Second Violin Concerto, To the Immortal Beloved, a piece written especially for her and co-commissioned by the RSNO, Suntory Hall, Tokyo, NDR Elbphilharmonie Orchestra and Borusan Istanbul Philharmonic. With the world watching Scotland, the RSNO hopes to reflect optimism for a brighter global future.

The work of Scotland’s National Orchestra both on and off the stage is informed and guided by contemporary global events. The organisation’s response to the current climate emergency is to examine current working practices and embed sustainability and environmental awareness into the working life of the Orchestra. The RSNO is committed to making practical changes whilst participating in the Race to Zero Campaign to achieve organisational carbon neutrality. Working with Scottish arts organisations and external partners to support the Scottish Government’s aim of net zero emissions by 2045. Comprised of the Chief Executive, members of Senior Management Team, musicians and staff across all departments – the Climate Committee puts the RSNO Climate Action Plan into practice.

The RSNO is continuing its long-term partnership with its Principal Transport Provider, ScotRail, a partnership which reduces the environmental impact of the RSNO’s touring schedule, encourages concertgoers to take the train to concerts and supports ScotRail’s commercial activities across Scotland.

“The RSNO Climate Committee is made up of musicians, senior management and staff members who share a common goal of embedding sustainability and environmental awareness into the working life of the Orchestra.

With COP26 on the horizon we will continue to utilise our position as a National Arts Organisation to draw attention to the need for change and to demonstrate how individual action can build into powerful collective action to combat the Climate Crisis.”

“The RSNO has an enviable reputation for creating challenging work which promotes discussion, and we are delighted to be able to support the work being done to raise awareness at such a pivotal time.

“Climate change impacts all of us and everyone has a responsibility to understand how we can help both individually and collectively. Through our pensions and investments advice we are committed to finding the most sustainable options and helping clients navigate the complexities of being truly carbon neutral. Whilst we’re seeing a more proactive approach being sought across all the sectors we work in, there is still more to be done and we hope these performances drive an emotive response to what can be achieved.”

Access to the COP26 Green Zone is free but ticketed. Book online here.